I find Barbara Hepworth very inspiring for many reasons, one of which is that she broke into the male dominated world of art in her day by successfully winning a scholarship to the Royal College of Art. She studied there from 1921 until 1924. By 1929 she had given birth to her first son, Paul, and in 1934 her triplets, Rachel, Sarah and Simon, were born. Beautifully, her art was not diminished by becoming a mother and in so many ways it's evident that motherhood informed her art. She is quoted as saying, "...being a mother enriches an artist's life," and "...a woman artist is not deprived by cooking and having children, nor by nursing children with measles (even in triplicate) - one is in fact nourished by this rich life."

Unlike her male counterparts, Hepworth juggled life as a mother while managing her increasing success as a sculptor, to eventually become one of the most important British artists of the twentieth century. 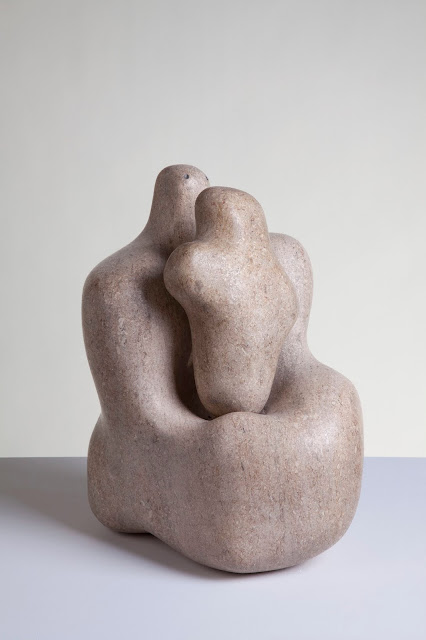 Mother and Child 1934. Barbara Hepworth
Mother and Child by Barbara Hepworth, is among my favorite works of art, carved during her pregnancy with the triplets while her son Paul was about five years old. This sculpture captures the warmth and nurture of a woman cradling her child - formed from the same rock, but separate. It is a beautiful picture of how mothers surround their offspring with their whole being from the womb. There is a tenderness and a strength to the mother that in turn makes the child seem to emanate a confidence from the safety of mother's arms. It feels like an artist would have had to experience the profound nature of motherhood to create such a work.
Perhaps it is with the backdrop of the poignant joy captured in Mother and Child that we can interpret the depths of despair through which she carved Madonna and Child since it was the work that Hepworth created to bring her some semblance of peace after the death of her son, Paul, in 1953. He died in a tragic plane crash while he was serving with the Royal Air Force in Thailand at twenty-four years old. Barbara Hepworth said that the only way she could go on was to create something beautiful. Madonna and Child 1954. Barbara Hepworth
There is something moving in the way that the child lays his palm tenderly on his mother's chest and the mother tenderly cups the child with her hands. There is a sorrow in the face of the mother even as she receives the kiss from the child. It is a suffering that is not found in the joyous Mother and Child sculpture from two decades earlier.
These two sculptures, set side by side, take us from the heights to the depths of motherhood. Barbara Hepworth said, "I rarely draw what I see, I draw what I feel in my body." Without a doubt, both of these works draw us into her feelings about motherhood and the love that she had for her first born. I have no doubt that she was correct in saying, "...being a mother enriches an artist's life." 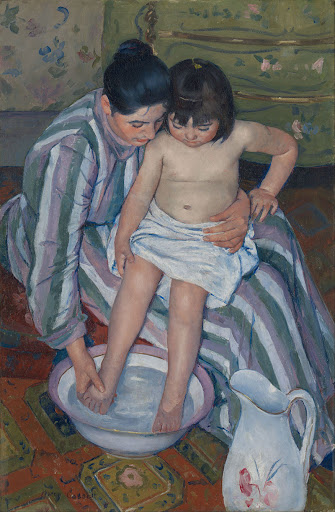 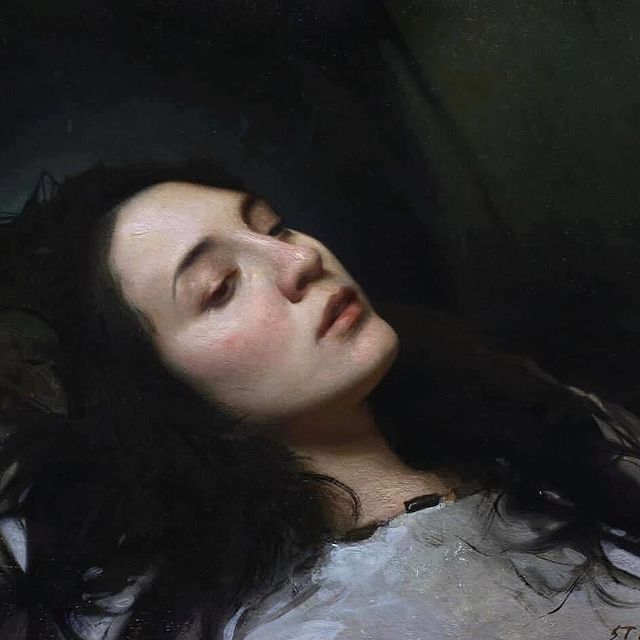 Embracing the imperfect in art